Sibenik is small Croatian city located on the Adriatic coast, in the bay of the Krka river. It is popular tourist destination with two UNESCO protected monuments, imposing fortresses, preserved natureand beautiful beaches.
All of these beauties attract more than a million visitors who come in Sibenik every year, mostly during the summer season. 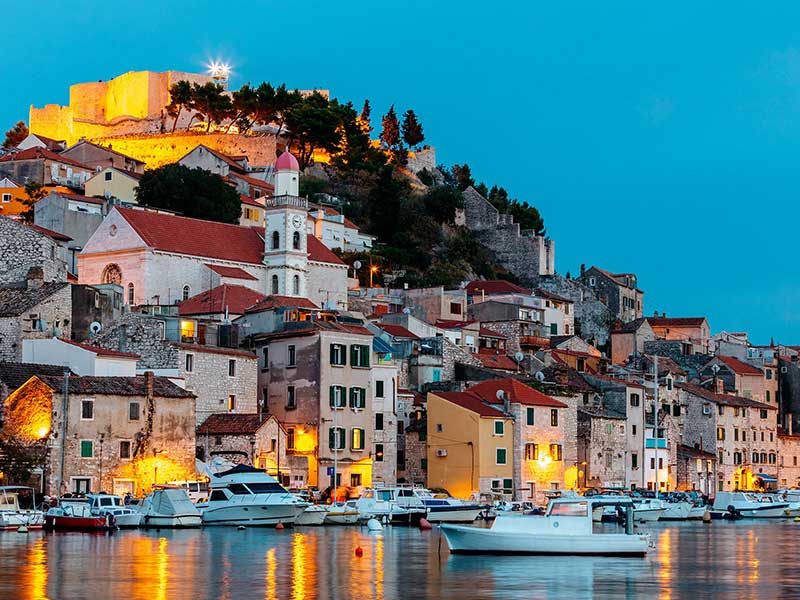 Šibenik was first mentioned in 1066 in the gift of the king of Croatia, Petar Krešimir, to the Benedictine Monastery of St. Mary in Zadar under the title SIBENIQUO. That is why it is often referred to as the Krešimir town. The monument to the king is at the entrance to the main city park located next to the city library.

Although Šibenik was mentioned for the first time in the 11th century, it is assumed that the first inhabitants arrived earlier. The first migratory waves originate from Bosnia and Dalmatia.

By the 19th century, Šibenik was considered a “dry place”. The reason for this was the lack of a water network which was built late in the 19th century. Despite that fact, the location was interesting because of its strategic position. The problem of water shortages was solved by the construction of water wells. The place Bunari, located near the center of the city, was known as the main source of water.

The main economic activity in Šibenik during the first hundred years of existence was piracy. Subsequently, important economic activities become wine and olive growing, and livestock breeding. In addition, Šibenik was known for salt production in the 15th and 16th centuries. In the town itself and the surrounding area, there were several salt pans.

People in Šibenik had only a bit of a fishing experience until the 15th century when fishing became an important economic activity. The reason was the lack of knowledge about fishing tools. This knowledge was acquired in the 15th century thanks to Venetian fishermen and technology.

Venice generally had a great influence on the development of Šibenik and its culture, since Šibenik had been under Venetian rule for nearly 4oo years, until the fall of the Venetian state in 1797.

Thanks to fishery and salt production, Šibenik’s economy grew rapidly until 1649 when it slowed down due to the plague that occurred in Šibenik in that time.
After recovering from plague, Šibenik’s economy was more based on industry and service activities. At the end of the 18th century, the first post office was opened, and in the late 19th century, Šibenik became one of the first cities in the world with electricity supply. In 1895 the first hydropower plant was opened on the river Krka and it was one of the first in Europe. For Šibenik it meant transformation from an agrarian to an industrial city.

In the twentieth century, Šibenik became the center of metallurgical processing industry in Croatia and whole Yugoslavia. Today, the most important activity is tourism.
The most important cultural monument in Šibenik, the cathedral, was built in the period from 1431 to 1536. 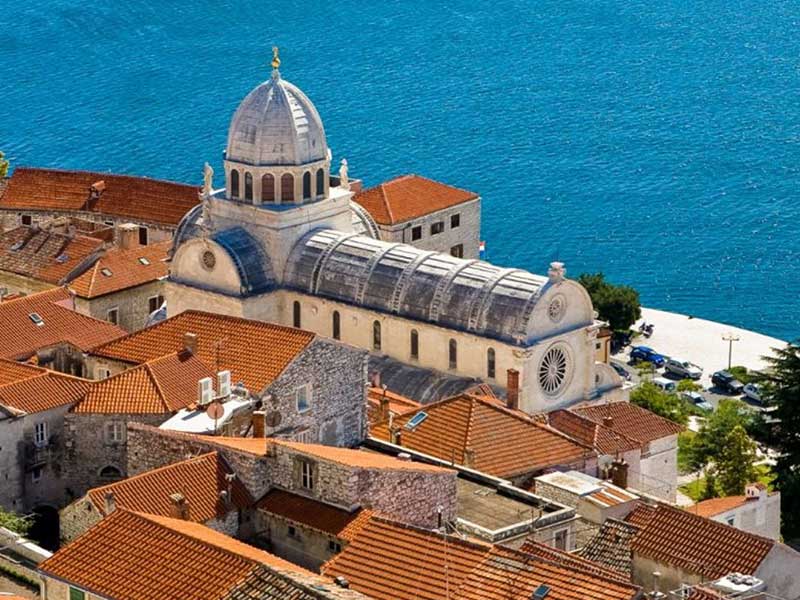 Cultural and musical events in Sibenik

Most interesting events take place during the summer season. In early summer in Sibenik is held a International Children’s Festival, an event that has a tradition of more than 50 years. The festival lasts about two weeks and consists of numerous events for children and young people.

Šibenik chanson festival is a musical event of a long tradition that takes place in Šibenik in the second half of month August. The festival gathers the best musicians of Dalmatian music. Usually, once a week, there are concerts of Dalmatian Klapa Music in the city center.

On the St. Michael’s Fortress there is a summer stage where various musical events of domestic and foreign performers are held.

During summer season choice of nightclubs is far better than during winter season. Bar Petrusorganizes live music events and beach parties few times a week. The bar is located on the Beach Banj. Club Azimut is another popular nightclub located in the center of the city.

If you want more nightlife options, then you should consider going to Vodice or Primosten. Vodice is one of the most popular nightlife venues in whole Dalmatia. Taxi fare from Šibenik to Vodice is approximately 10 euros. If you choose to drink alcohol, it is certainly better to go by taxi than by car because of your own safety and frequent police check-ups during the night.

The climate in Sibenik is moderately warm, with typical features of the Mediterranean climate. This means that the winters are mild. There are only a few days a year with air temperature below 0 Celsius. The summers are mostly hot with air temperature mostly above 30 degrees Celsius. The temperature of the sea in July and August is usually between 22 and 26 degrees Celsius, which is ideal for swimming. May, June, September, and October are also months with high temperatures of air and sea suitable for swimming and sunbathing. 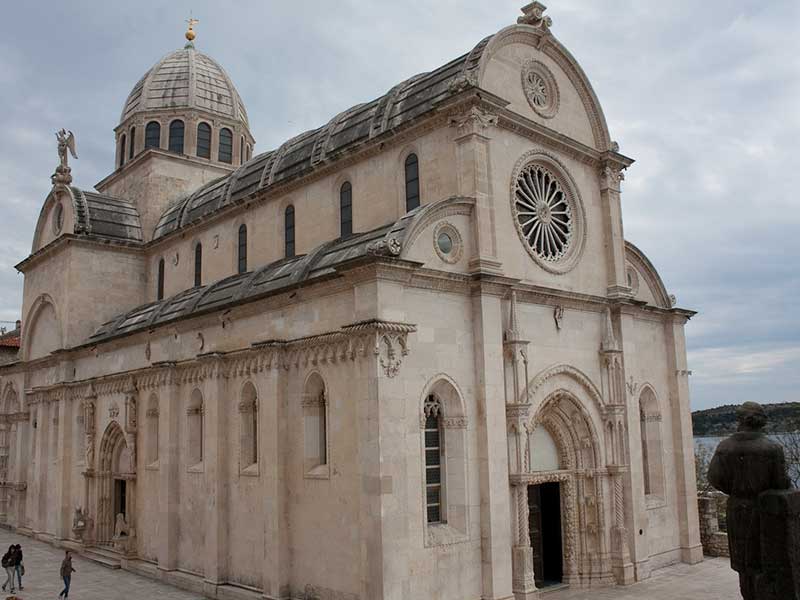 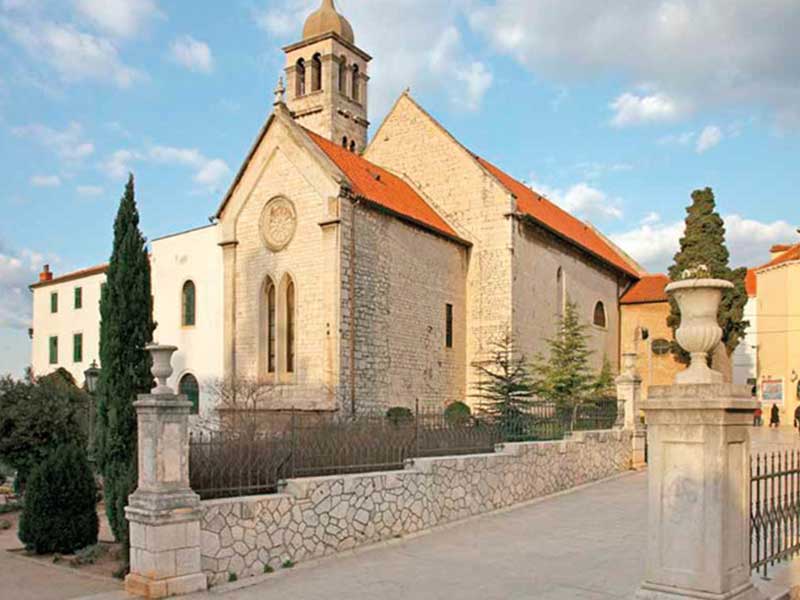 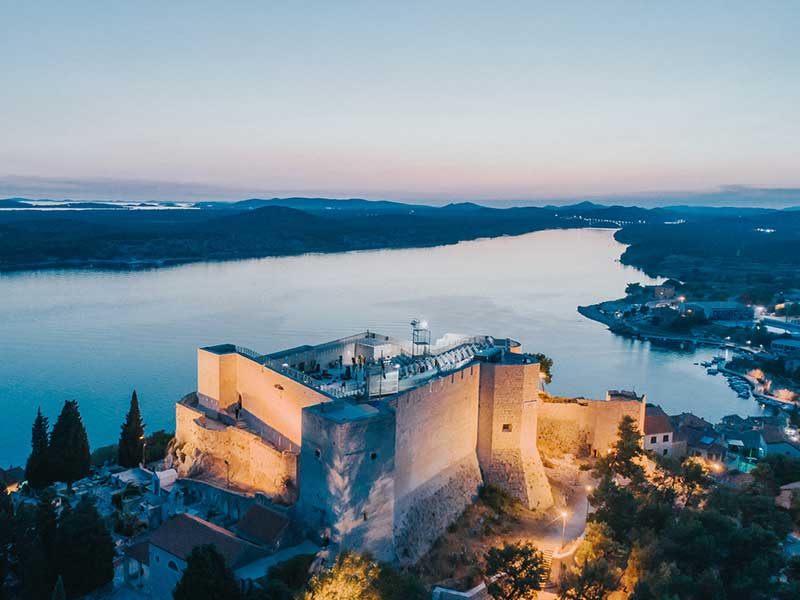 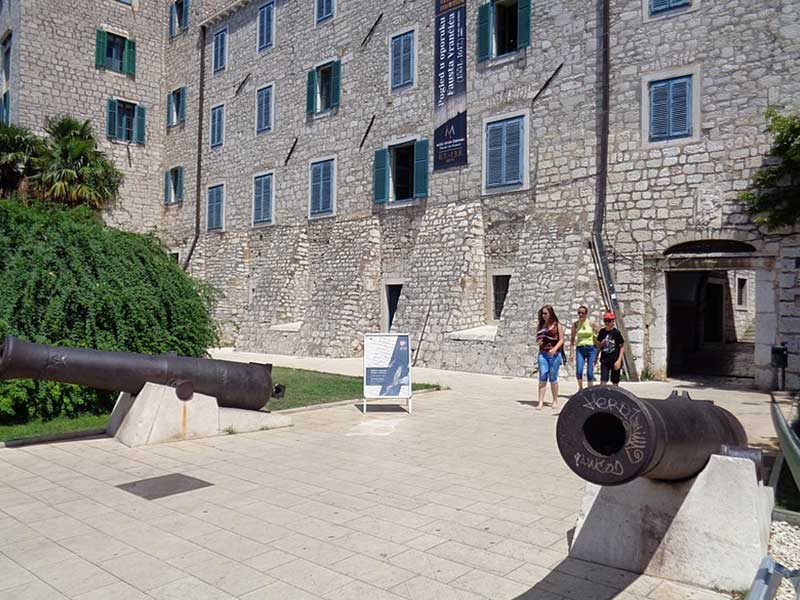 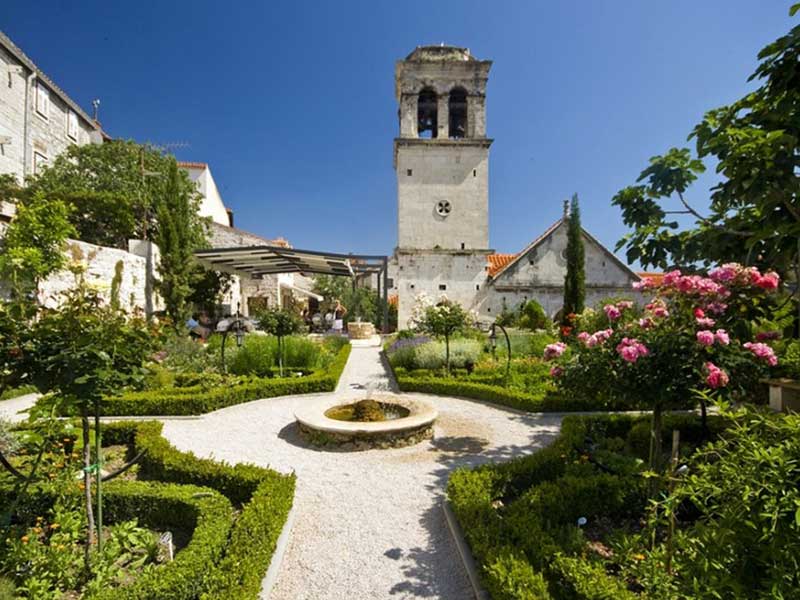 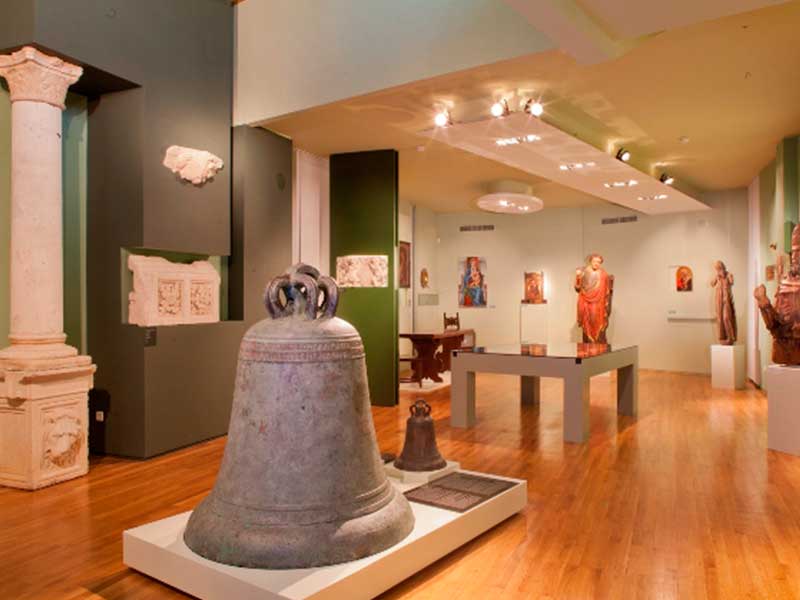 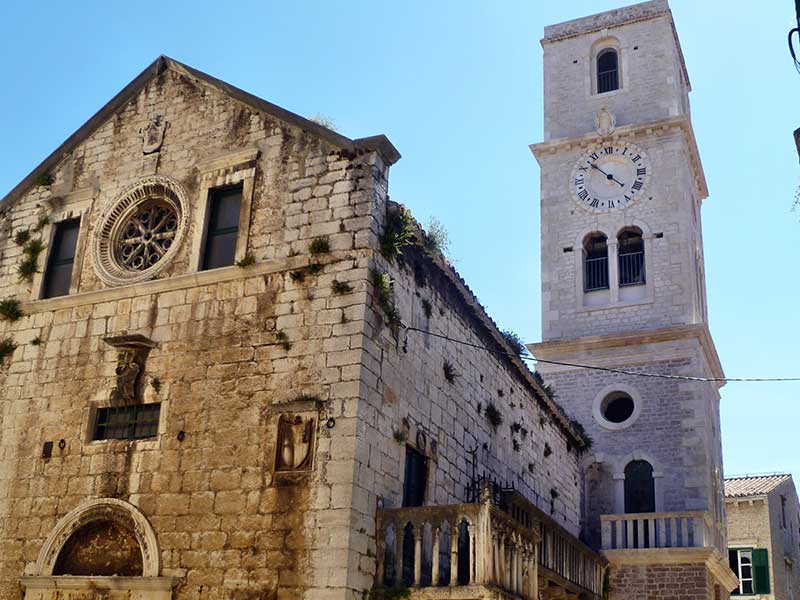 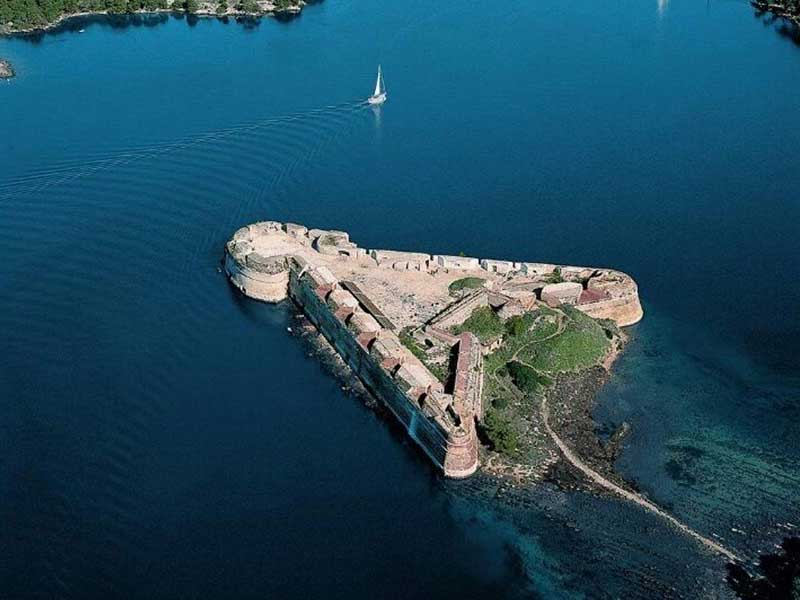