Mostar, the city of culture

Discover two beautiful and charming Bosnian towns of Mostar and the religious pilgrimage site Medjugorje.
We start our tour in the morning about 8 am; pick up from Trogir or your Split hotel or meet the group at pre-arranged meeting point. We will head toward Bosnia and Herzegovina in our luxurious air-conditioned vans.

1. On our route to the Mostar we takes you through some picturesque villages of the rural Bosnia and Herzegovina, across little fantastic medieval town of Pocitelj a UNESCO World Heritage site on Neretva River where we can stop for coffee and drink.
2. we ride the route through Imotski where we will stop and visit the natural phenomena (famous Blue and Red lakes) and then we’ll continue to explore all the beauties of ancient Mostar. 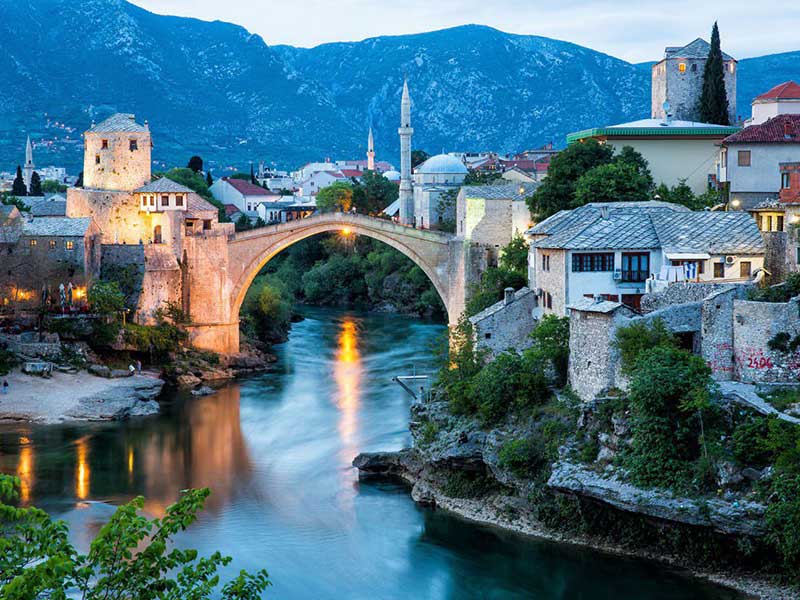 So, here we are, we arrived in the city of Mostar.
Mostar aka “the window to the Orient”… the historical town on the Neretva River that developed on the Ottoman border during medieval times. Get your free time and explore the town. Look the rich cultural history and Ottoman architecture. There is the most beautiful and the biggest mosque in Herzegovina, built in 1557. See and enjoy a walk across the iconic Old Bridge that elegantly arches over the Neretva River, famous 16th-century Turkish bridge, after which the town was named.
You should visit the old Bazaar, and admire the picturesque shops and workshops.
Would you like to spent some time in traditional Bosnian home, to find out how to organically grown produce in the old way? You’re in the right place – meet the local culture in the old village of Hardomilje.

In this town there is a lot of to see but also to taste. You shouldn’t miss to to taste some of the authentic Bosnian food specialties: cevapi (sausages in bread), pita or burek (pastry-encased mincemeat).
When you satisfy your curiosity of Mostar, it’s time to move on, to our next stop point – Medjugorje. One of Europe’s best-known pilgrimage centers visited by millions of pilgrims from around the entire world. For believers and those who are looking for spiritual renewal, the most compelling site here is the Mount of Appearance where Virgin Mary is reported to have appeared to children in 1981 for the first time.
Also, people began to come, see and be convinced of the extraordinary events in Medjugorje and feel peaceful.
Before we go back to Split or Trogir, in agreement with the group, we can visit the nearby Kravice Waterfall. This beautiful waterfall stunning yourself that gushes into a magic blue-green lake. Swimming is allowed, so we recommend to take your swimming suits. 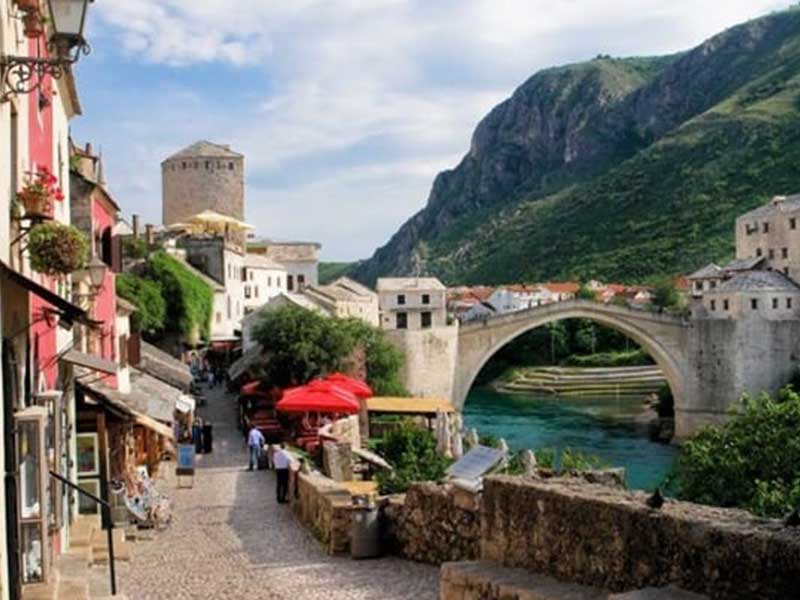