Try something beautiful in Ston

We drive along the Adriatic coast to the town of Ston where you will hear about various points of interest which we will see on our way there.

Ston is a small town with the longest stone wall in Europe (5,5km), with narrow quiet streets,noble ancient houses and with traces of ancient cultures.

Its former value as a „salt city“ gets confirmed even today in the plants of the oldest active salt-works in the world. These salt works have remained faithful to the tradition and to the natural way of salt production which has not changed since remote ages.

The gulf of Mali Ston with places Mali Ston, Hodilje, Luka, Duba has a clean and natural environment.It has been well-known for its mussel and oysters-growing farm since Roman times,and the oysters from Ston (ostrea edulis), as an acknowledged natural aphrodisiac has made this region world-famous.

Not far from Ston is the beautiful

Bay Prapratno with its centuries old olives tress, Mediterranean macchia thickets and clean sandy beaches and the site of one of the loveliest camps in this region.

The Pelješac peninsula has, since ancient times, been adorned with grape vine plantations, and wine production has a long tradition and is one of the most important commercial activities 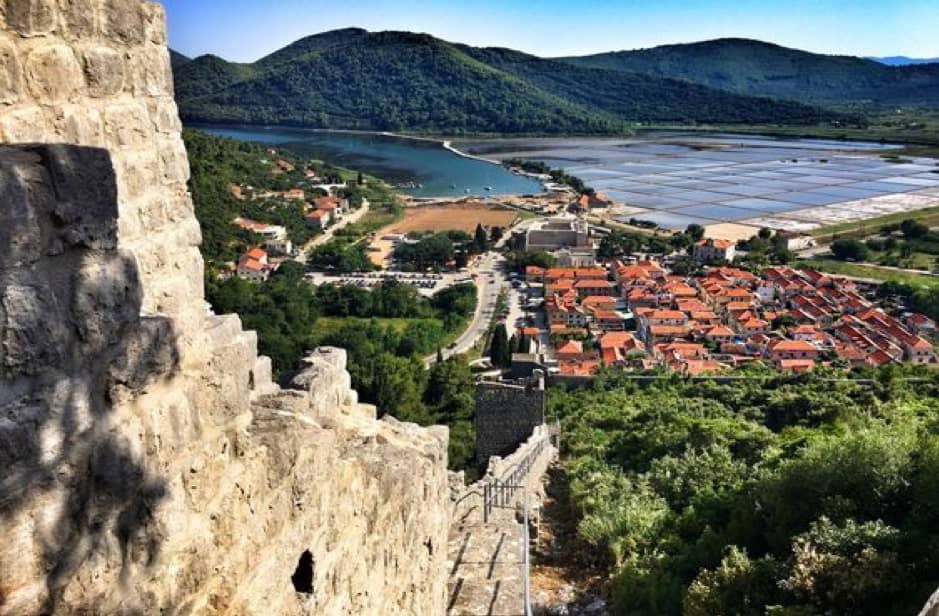