One thing is sure, you’ll have tons of things to do in Split! I love Split. Split is a typical Mediterranean town, vibrant, charming and fun. As the largest Dalmatian town, Split also offers to its visitors loads of things to do. Stroll along Split’s seafront promenade, visit museums and art galleries, hike Marjan hill or just chill out at the beach.

Diocletian’s Palace dominates the city’s historic core. There’s nothing else like it in Europe: It’s a wonderfully-preserved 4th-century complex blending Diocletian’s stately retirement villa with the remnants of a large military camp. Such is the scale that it’s more of a citadel than a palace, and surprises await around every corner. Needless to say that the palace is UNESCO-listed, and you’ll even be able to tread the original Roman streets that cut through the complex: decumanus and cardo still have their original paving stones. It won’t come as a surprise that scenes from Game of Thrones have been filmed at this stunning location. 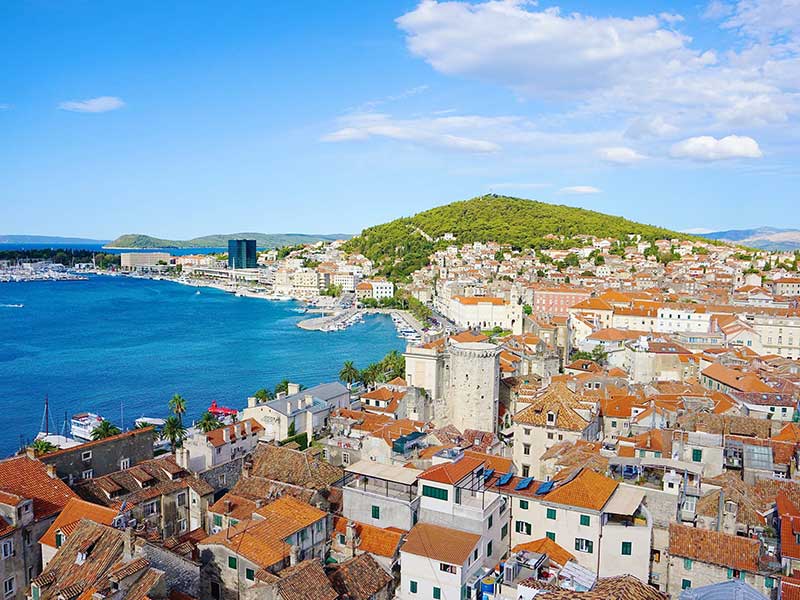 You’ll need at least a few hours to get a real taste of the old city and there’s no better way to do this than on foot. Head for Pjaca square where Split’s old town hall overlooks a sophisticated plaza of shiny marble tiles and cafes with outdoor seating. Fruit Square is also essential, taking its name from the market that was held here for centuries. Here there’s lots of beautiful renaissance architecture, remnants from Split’s Venetian era. To see how Split’s inhabitants go about their day try Marmont Street, which extends down to the water and is flanked at the upper end by shops, cafes and restaurants.

One of the enchanting things about the architecture in old Split is the way ancient buildings have been repurposed. The finest example is Split’s cathedral, which was once Diocletian’s mausoleum. The central portion of this structure dates to 350, making St Duje’s the oldest cathedral building in the world. It’s a real thrill to see how Roman elements like the original ring of 24 supporting columns mingle with the hallmarks of a catholic place of worship. Also take a moment to check out the cathedral’s romanesque wooden doors, which have survived unaltered since 1200. 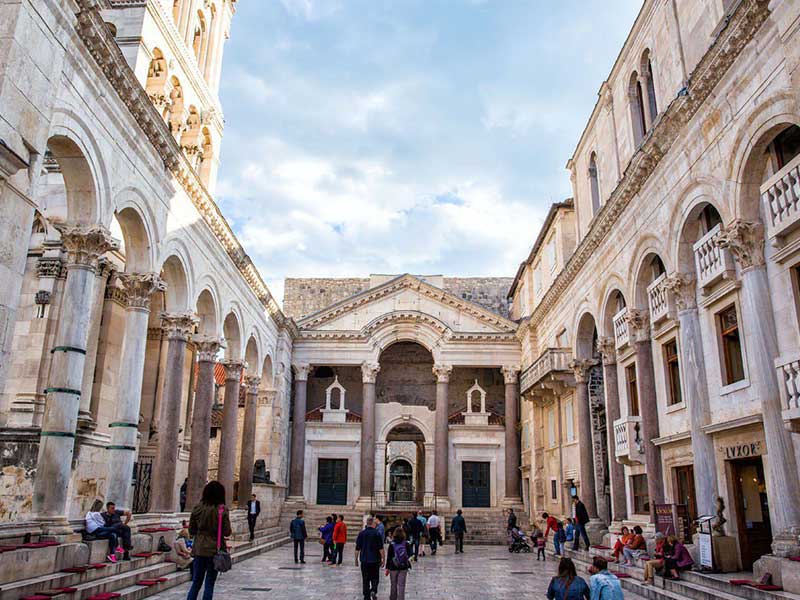