The enchant city of Salona

For lovers of history and archaeology, there is a wealth of medieval and Roman history to be found in the immediate surrounds of Split.

On the first stop of the tour from Split, we’ll visit the ancient Roman ruins of Salona, which was the capital of the Roman province of Dalmatia about 2000 years ago, as well as being one of the five biggest towns in the entire Roman empire! Wander the large Roman amphitheatre where early Christians were fed to lions – fit for a City of 60.000 in its peak. Salona is remarkably little visited by tourism which makes it an unsung gem for those wanting a more personal yet fascinating Roman experience.

Salona was settled by the Greeks and Illyrians, but most aggressively developed by the Romans. During the reign of Emperor Augustus, Salona became the center of the Roman Empire’s province of Dalmatia. Over the course of several centuries, it underwent destruction by the Avars, Slavs, and Venetians. In the 6th century, Salona’s inhabitants fled the city, seeking shelter in the retirement Palace of Roman Emperor Diocletian, which today comprises the heart of Split’s Old Town. After Salona was abandoned, it fell into further disrepair. Even today, it has not been extensively excavated. 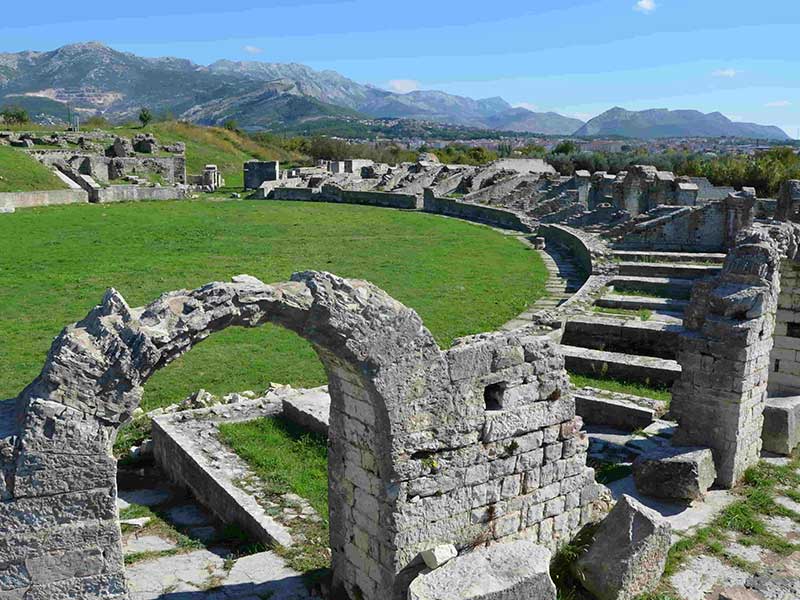